These are called agents. A process can be any agent(s).

The state of an acceptor consists of

Now let's have a look at the overall process. For the states of acceptors represent the state of Paxos algorithm process, we only present acceptors in the diagrams below. Learners and proposers are omitted. For the sake of simplicity, we suppose there are 3 acceptors and any town of them forms a majority.

Initially, all acceptors are at position 0.

Suppose accept 3 receives an accept message with proposal number 1 and a value \(w\). In this case, it cannot acknowledge the accept message because it's already at position 3 and it cannot react to anything that is behind it.

Meanwhile, accept 2 receives another prepare message and it moves to position 6.

Acceptor 2 receives an accept message with proposal number equal to 6, which means it's the same message as the one received by acceptor 1. It can happily acknowledge the message.

Suppose acceptor 3 receives an accept message with proposal number equal to 4. This means this is the same message accepted by acceptor 1. As acceptor 3 is already at position 4, it can acknowledge the message and accept the value.

Now, the proposal number 4 with value \(v\) is accepted by a majority of the acceptors (i.e. acceptor 1 and 3) and value \(v\) becomes the consensus value.

Here the induction reasoning mentioned in the paper comes to play. Once the value \(v\) at position 4 becomes the consensus value, it is "locked". According to the Paxos protocol, the proposer needs to collect responses from a majority of acceptors. It follows that the proposer will receive at least one response from the group (acceptor 1, accept 3), of which the most recent accepted value is \(v\). Therefore, by induction, all values in the accept messages from now one contains the value \(v\) and the state of the Paxos algorithm process becomes stable in the sense that a consensus is reached and no further changes will be applied to the value.

This is one of the confusing parts of the discussion. The confusion comes from the fact that

So we have a circular dependency here. The problem is that the definition of "leader election algorithm" is not clear. Leader election algorithms can have different flavors. For example, some leader election algorithms may elect multiple leaders at one point in time while Paxos algorithm guarantees that at most one leader is elected at any time. This is a valuable property in practice. For example, some distributed architectures adopt single-writer approach and in order to improve the availability of the system, there may be backup writer nodes. In this case, we could use Paxos algorithm so that servers in the cluster can have consensus on the writer node and at any time there is at most one single writer.

To elect a distinguished proposer, we could use timeout-based leader election algorithm. The diagram below illustrates the general idea: 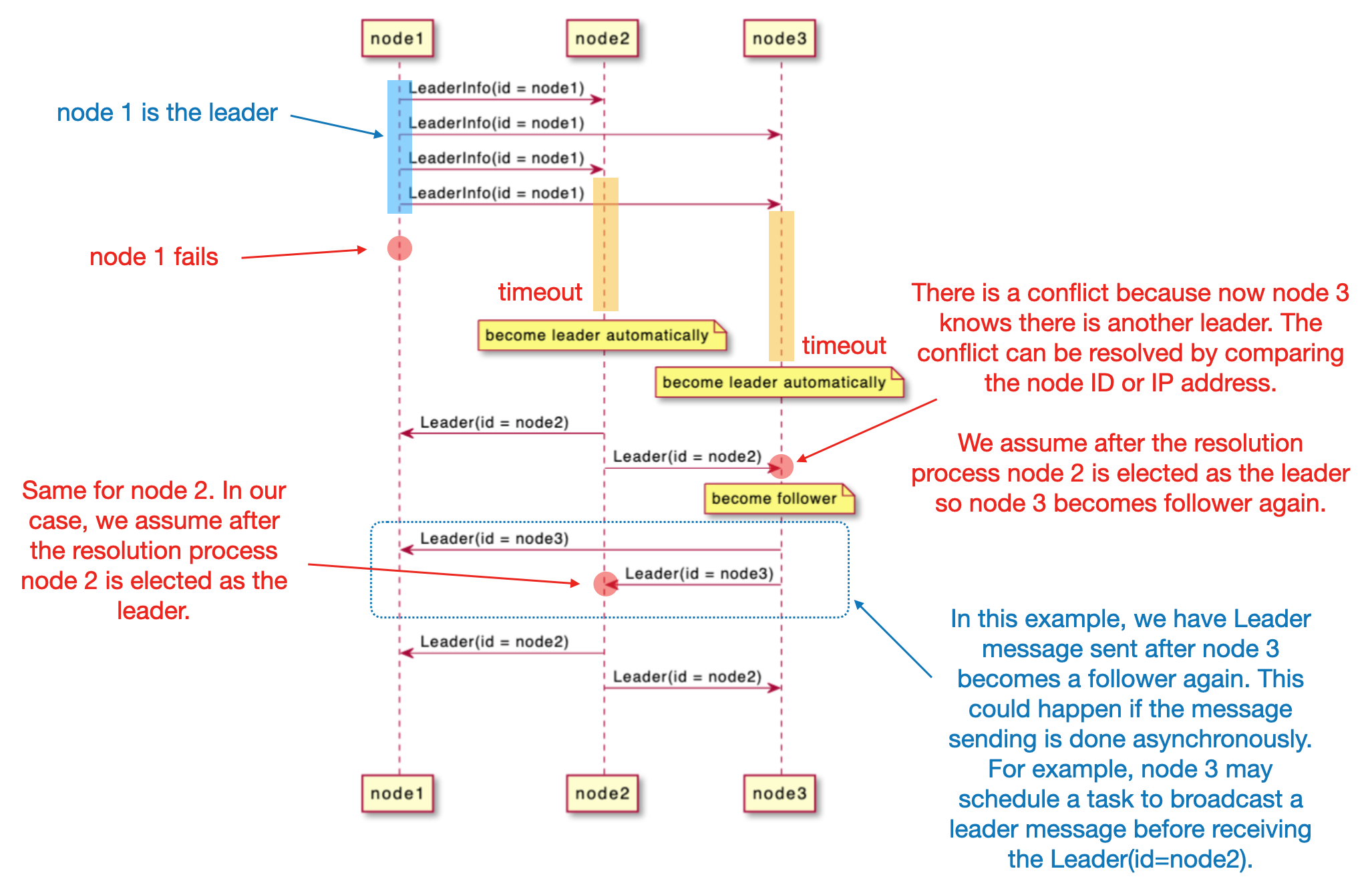