Note: This is a reading note of chapter 3 in the book Bitcoin and Cryptocurrency Technology.

Traditional accounting uses balance based model. In order to validate the balance number, we need to check all relevant transactions and all of them need to be valid in order to make the final balance valid. This validation process can be time consuming and expensive.

In order to have a valid transaction, the following two conditions should be met:

Suppose we have an account and we make two deposits: $10 and $20. Now imagine we buy a $5 coffee. For a balance based model, we actually don't know the source of the $5 payment. Does it come from the first deposit of $10 or the second deposit of $20? More importantly, how could we know if the account has sufficient fund? This is reason why we need to check all transactions (e.g. deposit, withdraw and transfer) related to this account. With a transaction based model such as the one used in Bitcoin, the purchase of the $5 coffee is a transaction. The output of this transaction is the fact that the coffee shop (the receiver of Bitcoins) receives $5 and the input of this transaction is the source of the fund. For example, we could specify $2 comes from the first deposit and $3 comes from the second deposit. Notice that a deposit is also a transaction.

Here are some of the benefits of transaction based model in Bitcoin:

Here is an exmaple of a typical Bitcoin transaction summary:

The data structure of Bitcoin transaction consists of three parts: 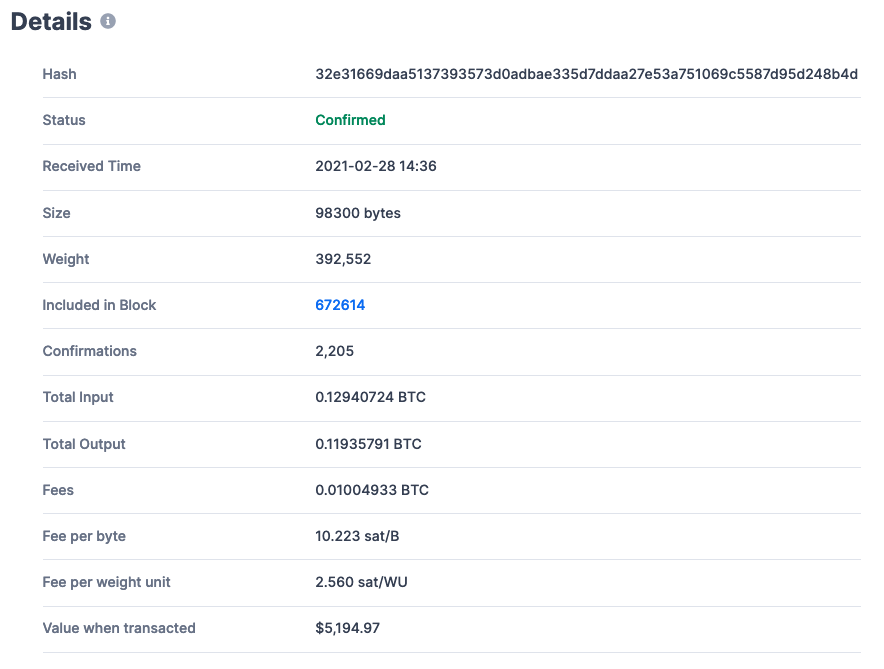 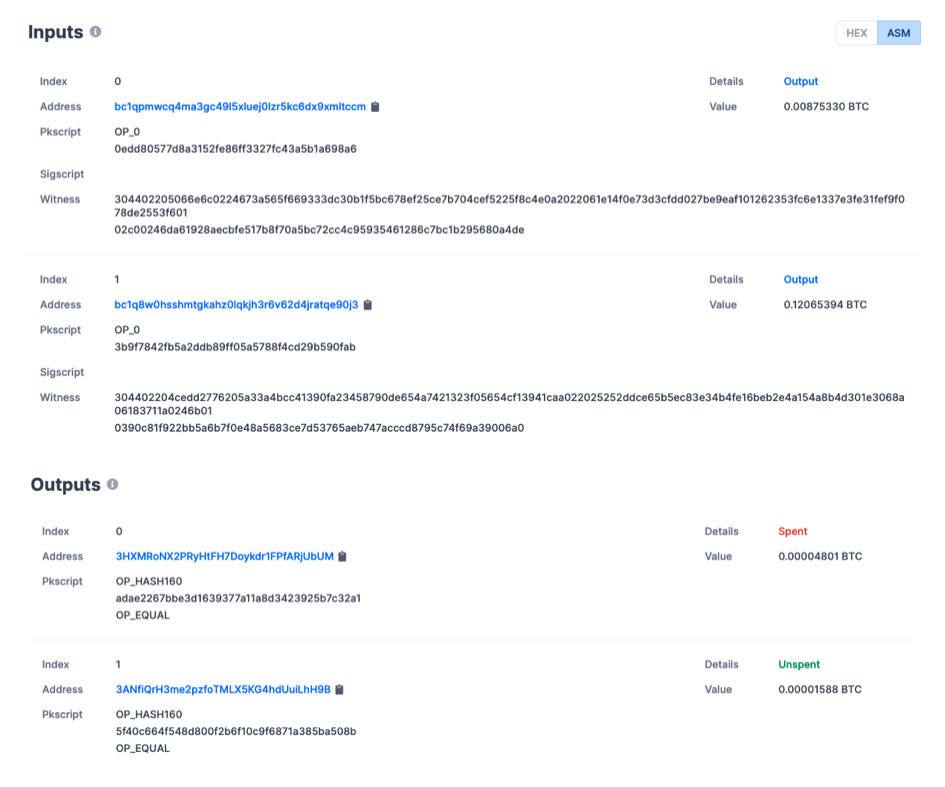 Notice that when we specify the source or the receiver of Bitcoins in a transaction, we provide more than just the hash value of the source transaction and the address of the receiver. Bitcoin has a built-in script called Bitcoin Script that is used to validate transaction. The script uses a stack based language. It's a simple langue but a powerful one. In most cases, the instructions in a script are used to validate hashes and signatures in a transaction but with creativity we could use it to express all sorts of conditions for a transaction to be valid and this opens the possibility to design smart contracts. 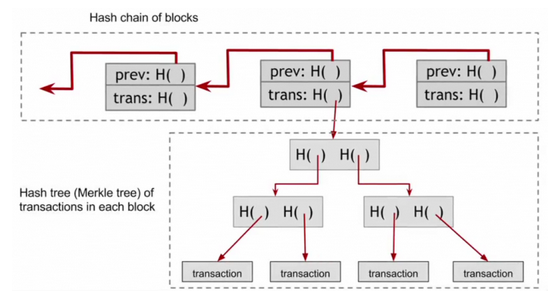 There are two types of nodes in the Bitcoin network:

It might be more difficult that it appears to make a change in the protocol. The problem is that at a given point of time we could have nodes running different version of the Bitcoin software and they need to reach a consensus. There are two types of changes. One leads to a soft fork and the other leads to a hard fork in the block chain. Recall that the blocks in the network forms a tree and it has different branches. The longest valid branch is the main block chain.

What matters is if the new software and old software can reach consensus. If a protocol change is considered valid by the new version of the software but invalid by the old version of software, then it creates hard fork. In this scenario, old code will discard blocks created by new code and the main block chain in their view is the longest branch which only contains the blocks created by old code. On the other hand, new code accepts all valid blocks regardless of who creates them. If the majority of the nodes in the network uses new version of the software, eventually they will build the longest block chain in the network. At this point, there are two main block chains in the system and they are supported by two different groups of nodes.

On the contrary, if a protocol change is considered invalid by the new version of the software but valid by the old version, then a soft fork is created. In this scenario, it is still possible for old and new version of code to reach a consensus on the main block chain. However, the block proposed by old code will be rejected by the new code and the owner of the old code has the motivation to upgrade their software because if the proposed block is rejected, the node will not receive the reward.