Memcached is primarily used as a performance-enhancing complement to the database layer. It is used for optimizing disk I/O or for optimizing CPU (i.e. cache expensive-to-compute values). The memcached API is simple to use and the distribution of data is entirely accomplished on the client side. Data in memcached is stored completely in memory and this offers low latency for data access. If the memory becomes full, memcached will evict older data based on LRU.

Memcached clients have a list of memcached server node addresses (IP address and port) and use a consistent hashing algorithm to determine which memcached node caches a key. This can be problematic when we add more nodes to the cluster or an existing node fails because the client may not have the updated key-node mapping information. 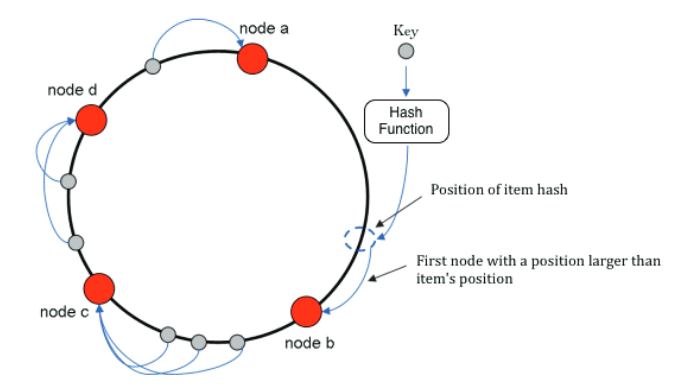 Here is the high level architecture of an application that uses memcached as the caching tier. 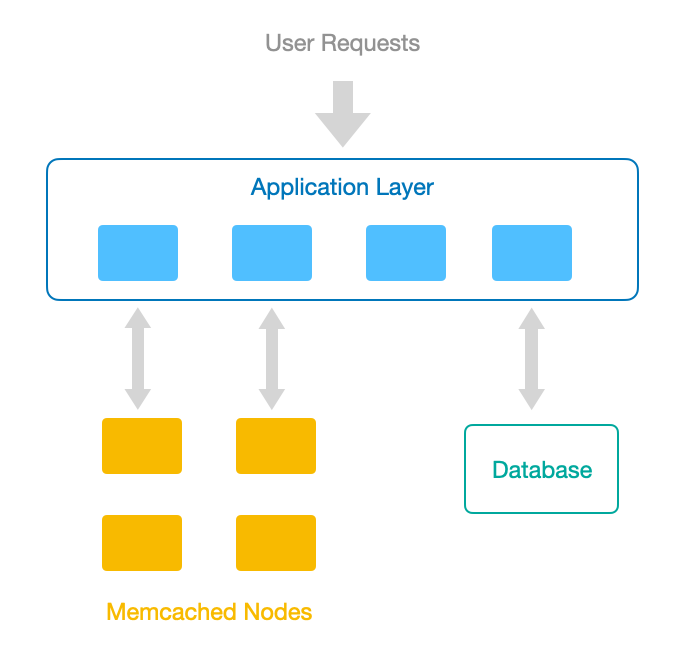 In short, the following components seem to be missing in memcached: