The basic idea is simple: we should move the robot to a location where it can gain most information about the environment. Of course, all control actions are associated with some cost and it follows that in an exploration problem, the reward function has two parts

Information gain can be characterized by the change in entropy. In a completely unkonwn state (e.g. uniform distribution), the entropy reaches its maximum. After the exploration, as the robot gains more information of the environment, the entropy will decrease. Hence,

The greedy technique is simple, we just choose the (high level) action that has the largest reward:

Here is the greedy algorithm: 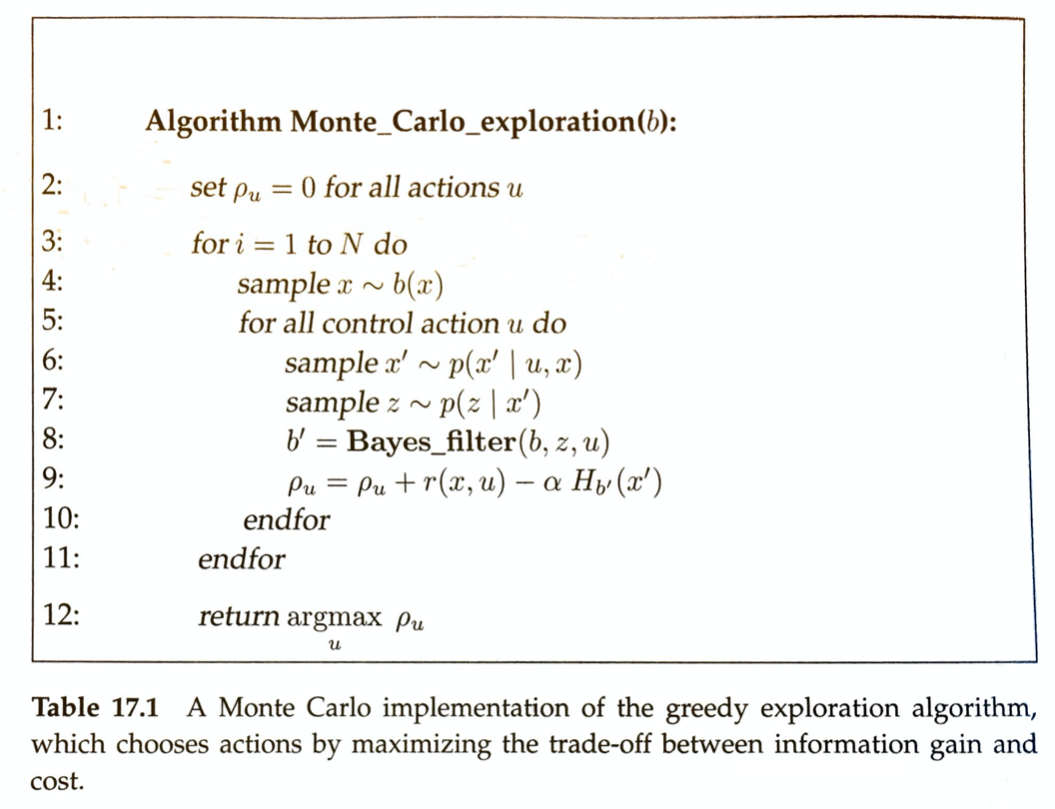 Here are the main steps in the active localization algorithm

Note that in an active locazliation problem, a control action means moving the robot to a target location and make a measurement. 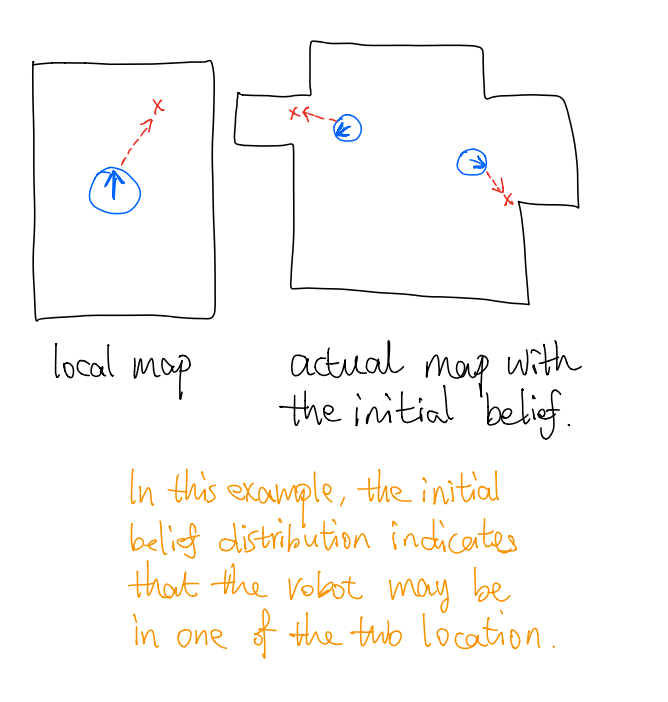 The main idea is to move the robot to the boundary of the known map so that it can gain more inforamtion of the unknown part.