In this post, we will present a quick overview of mobile robot kinematics. The content of this post is based on the book Introduction to Autonomous Mobile Robots .

At a high level, what we want to understand is how the commands that control the motors on the robot are translated into movements of the robot in the environment.

There are three "layers" to this problem:

At the motor level, there is not much we can do for simple motors. Generally, we can use commands to control the rotational speed of the motor or the motor position directly. Moving to the robot level, we have concepts of tasks or activities. For example, a mobile robot can move forward or backward and rotate at a certain speed. Finally, at the motion control level, we have high-level concepts such as path planning and trajectory following. For example, given the current state of the robot, how can we make it move from point A to point B. As we will see, each layer provides the capability for the upstream layer.

We also need a global reference to locate the robot. The robot pose is represented by \((x, y, \theta)\). 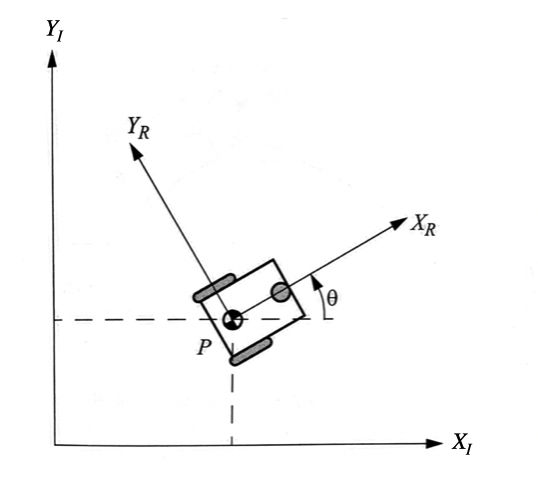 There are at least two references when controlling a robot:

The location transformation between these two references is straightforward. The coordinate of the "center" of the robot is the origin of the robot frame of reference.

To transform the velocity vector, we need to use the orthogonal rotation matrix:

From Motor State to Robot State 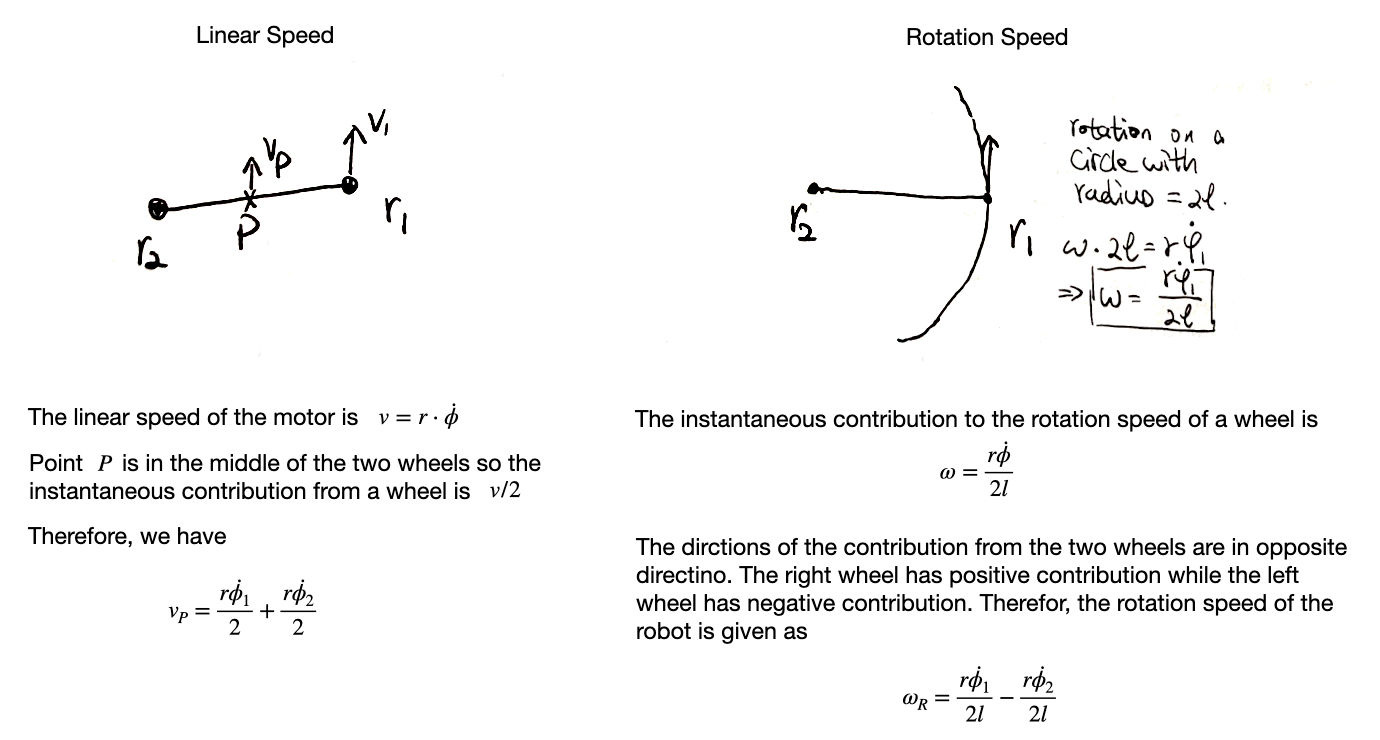 From Robot State to Motion Control

The problem we want to address is given the current pose of the robot, how to move it to a goal location? 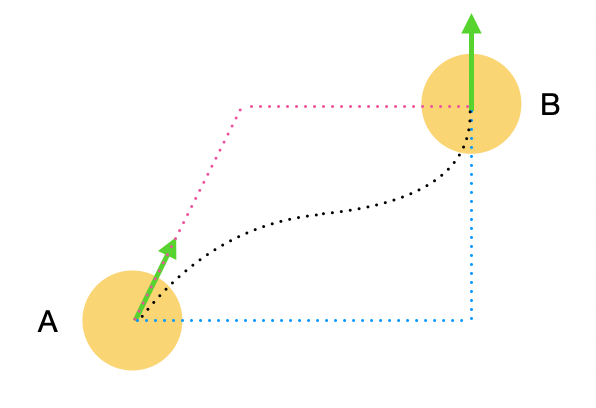 As we can see in the figure above, there may exist multiple paths. Which one should we choose? Paths that consist of straight segments are easier to follow. We set the appropriate value for the velocity and just let the robot move. When the robot arrives at the endpoint of the segment, it needs to rotate, which is also easy to do with differential wheeled robots. A curved path is harder to follow. We can imagine that we need to constantly adjust the linear velocity and rotational speed of the robots.

Selecting the path is also an optimization problem. For example, do we prefer a smooth path? short path? Do we care about continuity/discontinuitty in the execution? Is rotation with a large angle a concern?

Finally, there is one fundamental difference between the curved approach and the segment approach. There is an implicit planning component in the segment approach because we need to calculate the waypoints beforehand. This introduces another layer of complexity: in the real world, the execution is never perfect. If we have a pre-calculated plan, we need to correct the error along the way during the execution. The curved approach does not have this issue because the velocity adjustment is based on the current pose of the robot and the target location and it occurs constantly.

The curved path approach is a type of feedback motion control. The kinematic model is built in polar coordinates (see figure below). The control law is

Intuitively, if the robot is close to the goal location (i.e. small \(\rho\)), it should move more slowly so that it does not overshoot. So setting the linear velocity proportional to the distance makes sense. A similar argument applies to the rotational speed.

Summary - This section describes how to set the linear velocity and rotational speed of the robot so that it can follow a particular path from the current location to the target location.