Process mining is a multi-step process. In general, the first step is to generate some descriptive statistics of events in the log such as number of unique events, frequency of events, etc. Then we usually need to build a dependency graph. The dependency graph captures the dependency or causality between events and it's one of the fundamental components in events visualization.

In the book Process Mining: Data Science in Action, the author proposes the following two metrics to characterize dependency between two events:

The dependency measure is defined as follows

We notice that \(DM(a,b)\) has value between -1 and 1. If the value is close to 1, it indicates event \(a\) causes event \(b\). If the value is close to zero, then it suggests there is no clear causality between event \(a\) and \(b\). Use this dependency measure together with a threshold, we will be able to selectively construct a dependency graph. For example, we could draw an edge from any event pair \(a\) to \(b\) if the dependency measure value is larger than 0.3.

We can apply this simple algorithm to our sample event log and it gives us the following result: 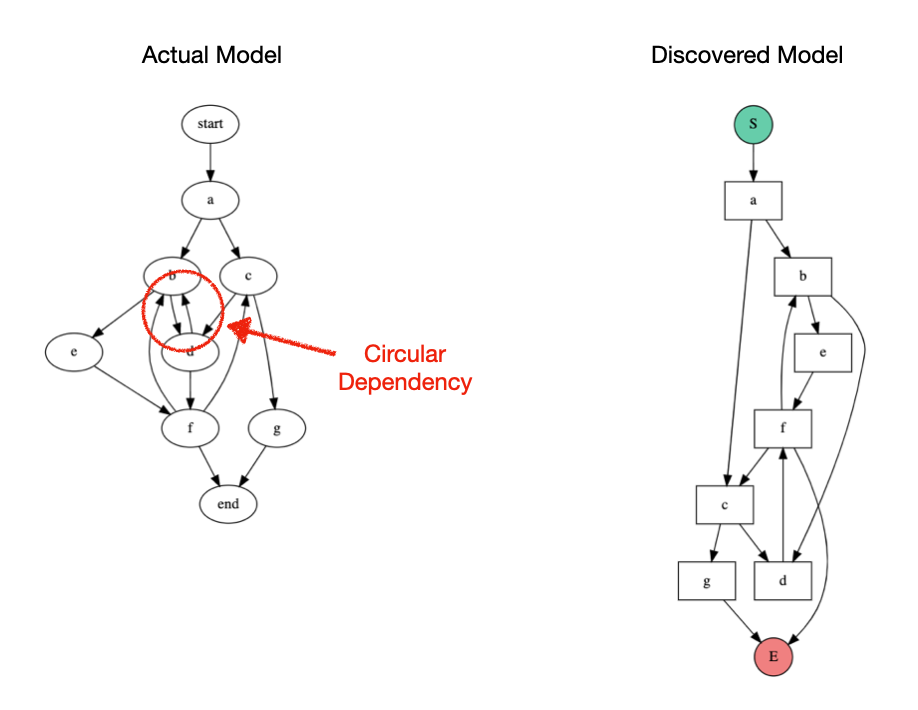 This behavior might not be desirable if we know in advance that cyclical pattern exists. For example, in application logs cyclical patterns are quite common if there is retry mechanism in place.