There are two steps in Bayes Filter algorithm

Robot perception is involved in the first step. When we need to make a guess, we usually need a model for the physical world. The problem can be summarized as the following: 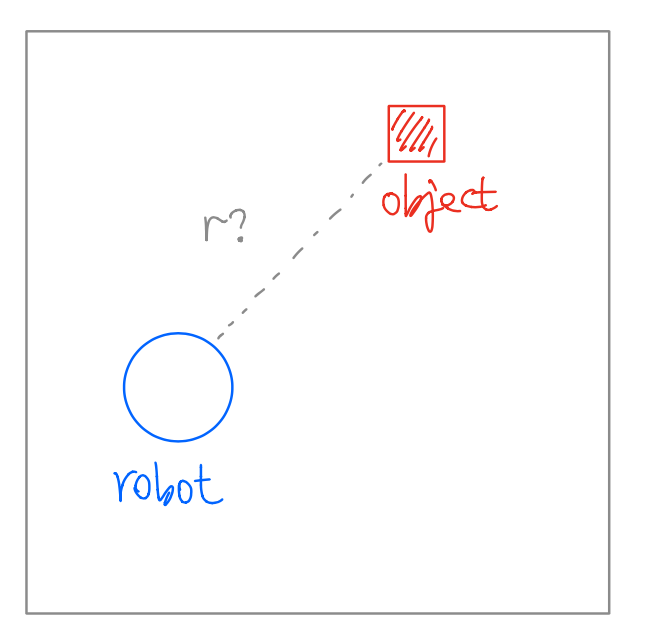 We need to make additional assumptions to reduce the calculation complexity. This assumption is called conditional independence assumption.

The geometry of the beam model is illustrated by the figure blow: 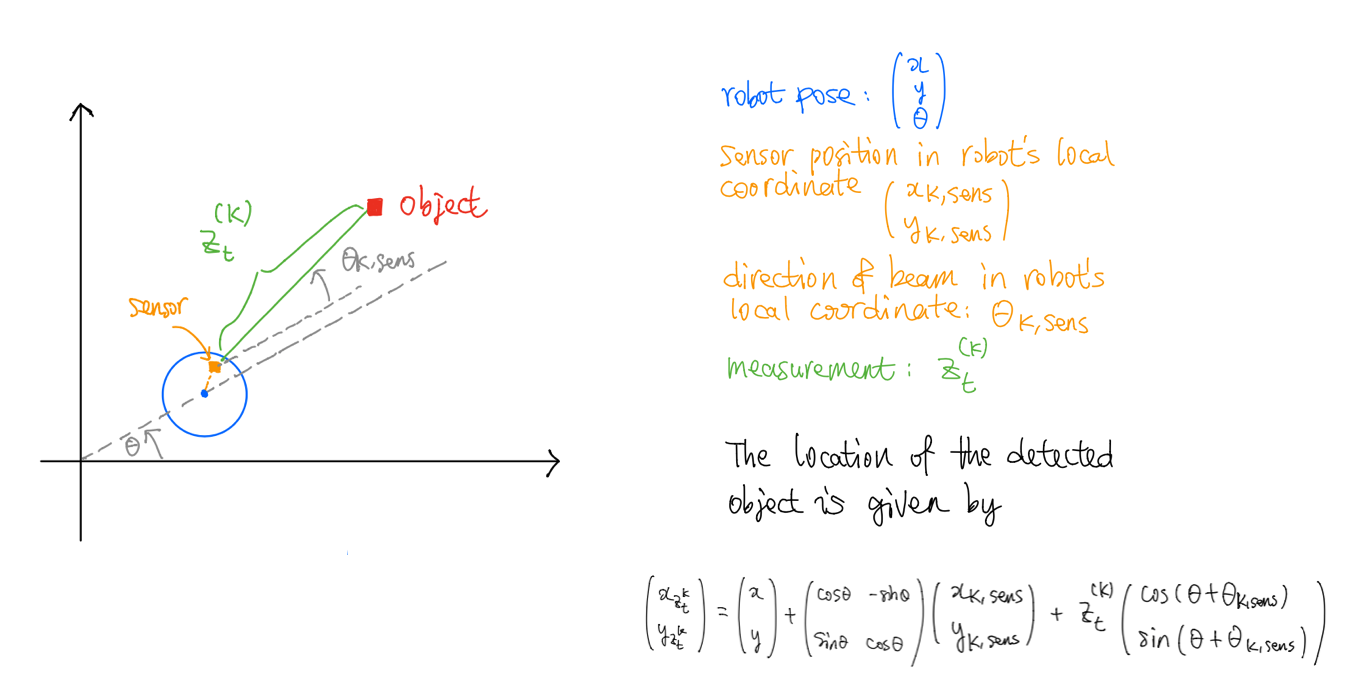 Note that the sensor and the direction of the beam is defined in the robot's local coordinates. The equation in the figure is a simple coordinate transformation. As we mentioned earlier, what we need is a model of the physical world and in this particular case we need a model of the measurement. 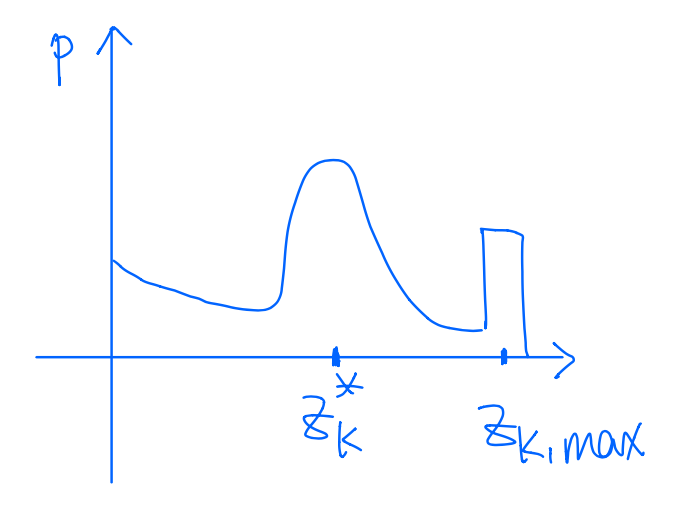 Some maps contains distinctive features. These features provides valuable information when the robot tries to localize itself. A detected feature in the environment can be represented by a triplet

For the same reason, we also need to make conditional independence assumption for feature based measurement model.

The interpretation of \(p(f(z_t)|x_t, m)\) is the probablity of detecting the features on the map given the robot pose at time \(t\). 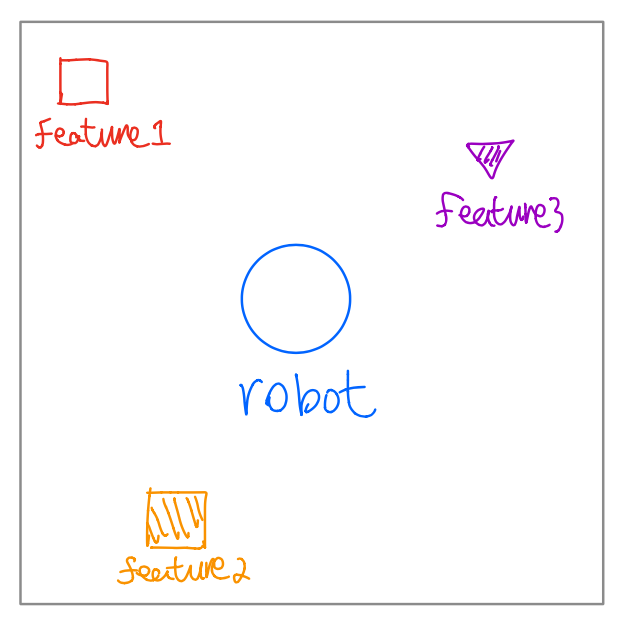 One of the challenges of the feature-based measurement model is the data association problem. This issue arises when the feature cannot be uniquely determined. In this post (chapter), the data-feature association is assumed to be known. This association is characterized by the superscript. If we look at the expression